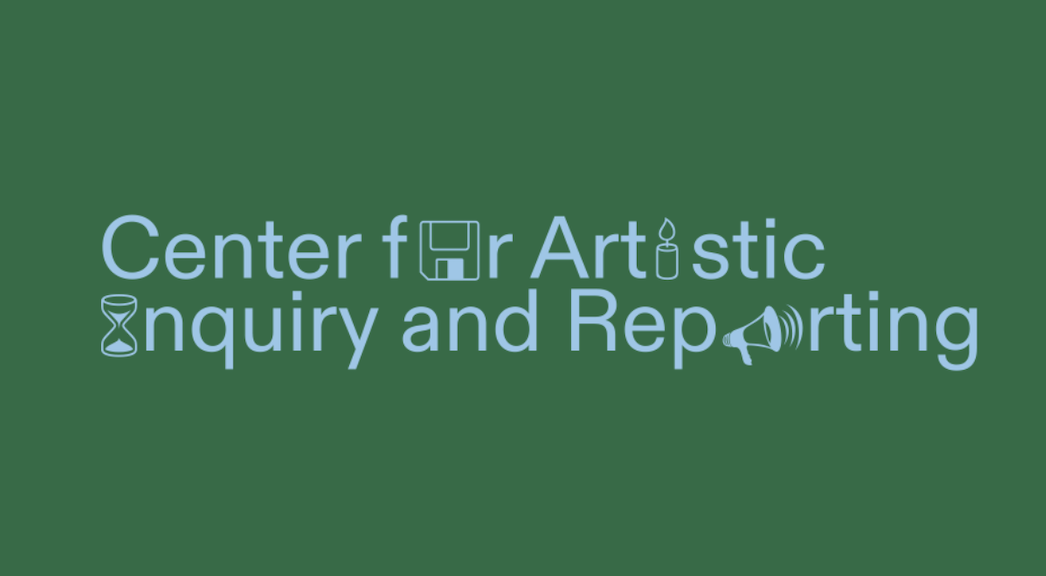 The Center for Artistic Inquiry and Reporting connects artists with major news publications that are seeking to create new contexts for investigative work. CAIR works with editors, newsrooms and educational institutions to develop projects and courses. It was recently founded by Marisa Katz and Jake Charles Rees.

Marisa is a journalist/editor born and raised in Los Angeles. She was the founding editor of Creative Time Reports. She has contributed to numerous publications and radio programs on culture, politics and design, including The New York Times, Time, Financial Times, Foreign Policy, The Wall Street Journal, NPR and more. In addition to her writing, Marisa was the founding director of the Eyebeam Center for the Future of Journalism. In 2019 she was a Kickstarter Fellow. She currently teaches journalism to artists at the Rhode Island School of Design.

We spoke to her about how the Center was founded, the power of bringing artists into traditional journalism spaces, and CAIR’s upcoming projects. 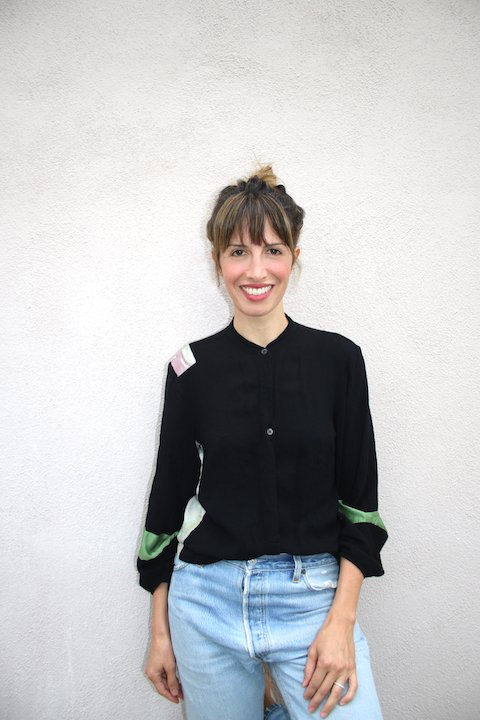 What is the project about?

The Center for Artistic Inquiry and Reporting, which I co-founded with Jake Charles Rees, is about working with artists, designers, journalists, editors and more broadly newsrooms, to create and support revelatory journalistic work. What does that mean? There is, in our opinion, an opportunity to cultivate a medium of news stories that incorporates the work of artists. We are often asked: “What can art bring to journalism?” We believe that art explores abstract truths about our lives and the world we live in. When you pair that with rigorous journalism, we think readers have a chance to understand a story in a way that is closer to how they experience the world itself. And so with that in mind we act as the bridge, bringing together two camps that often don’t interact or necessarily understand the ways in which either of their respective fields work, and we aim to find the funding to support that work, too.

This project really came out of two previous endeavors and a meeting. One was my work at the helm of the [Eyebeam Center for the Future of Journalism](https://www.eyebeam.org/eyebeam-center-for-the-future-of-journalism/ where, with support from Craig Newmark Philanthropies, we were able to give artists the funding they needed to work with major news organizations. We supported work by artists that was featured in The New Yorker, Atlantic, BuzzfeedNews, The New York Review of Books, The Nation, Wired and more. I felt that this was really important work; we funded a lot of really ambitious projects that otherwise might not have gotten the money they needed to be produced.

And the second was the work I did with the non-profit public art organization Creative Time. There I ran a website, Creative Time Reports, that commissioned artists to make journalistic pieces, and many of those pieces were then featured in newspapers like The Guardian and Foreign Policy. That project lasted for five years and was hugely transformational in how I think art can function in the news. 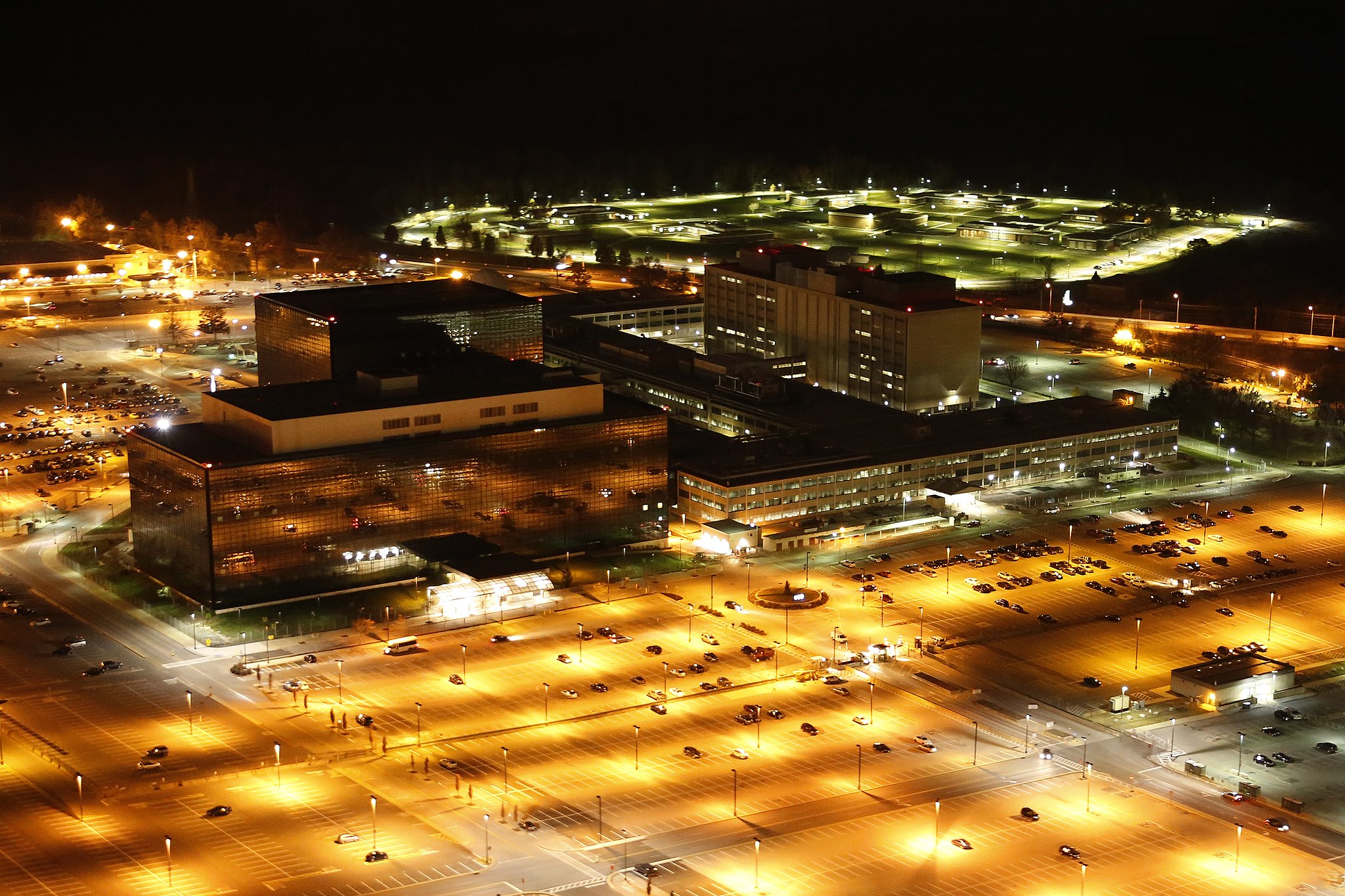 Aerial photograph of the National Security Agency by Trevor Paglen for a Creative Time project in collaboration with The Intercept that recorded new images of the NSA, NRO, and NGA. Photo credit: Trevor Paglen

As for the meeting part of this story, that happened when Jake got in touch with me in 2019 because of my work at Eyebeam. He wanted to discuss Open Lab, an initiative from The Centre for Investigative Journalism that brings together a range of experiments at the intersection of journalism and the arts, including new commissions and the new Creative Investigations Database. This is an impeccably sourced archival site that details a lot of powerful artistic interventions made into the world of journalism, as well as features many of the people who have made them.

Seeing the rigor that he brought to that initiative made it clear that we both felt committed to deepening the field. It took a bit of time after that, as well as a co-taught course (see below), to come up with the Center’s concept (I think COVID also really slowed down a lot of our initial momentum), but eventually we brought it to life.

Tell me more about how the collaboration happened or was facilitated?

In the spring of 2022, I was given the opportunity to teach a journalism course to artists at the Rhode Island School of Design, it was called “Artists Report: Making the News.” I asked Jake to collaborate with me on it. We had around 10 students and once it was completed, it became really clear that whatever we created together would have to have an educational component to it, hence the “Inquiry” part of our name. The reason I felt so strongly that teaching has to be a core component of the Center for Artistic Inquiry and Reporting grows out of my own experience of working with artists for over a decade, many of whom were very far along in their own practice and found it difficult to wrap their minds around what it looks like to make work for a news publication. And so the idea was Jake and I would teach investigative tools to enable artistic interventions into journalism to early career artists to get them to see the possibilities of making work that falls outside of the art world’s traditional spaces (i.e., galleries, biennials, art fairs). By teaching this at such a formative stage, we hope more artists will find this a compelling way of working professionally. 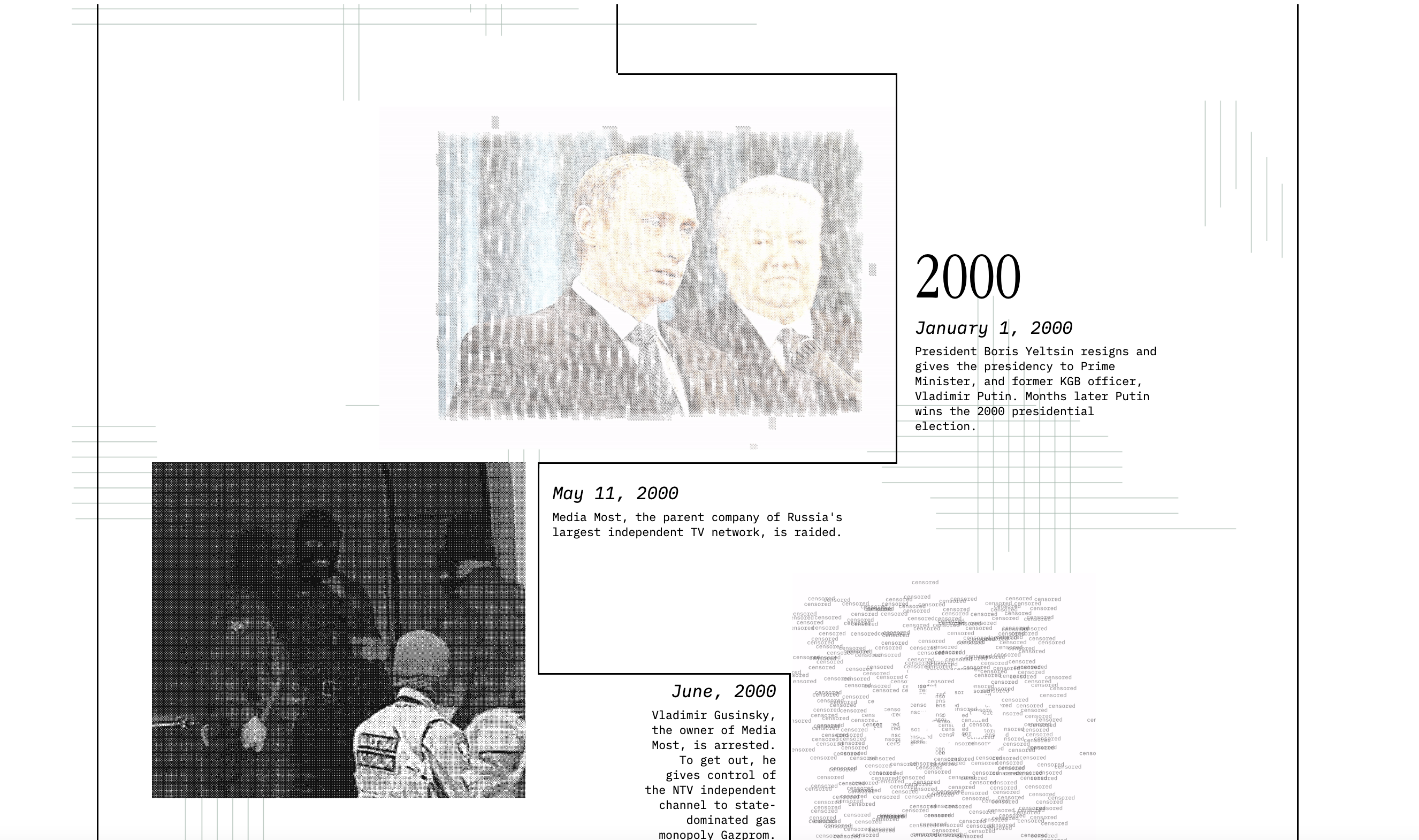 Screenshot of interactive art by RISD student Alina Spatz that outlined the erosion of the free press in Russia. This was a CAIR project that was published in The Nation.

How was it funded?

We just got fiscal sponsorship via the New York Foundation for the Arts (breaking news, yay!), and with that approval, our hope is to start applying for grants, as well as appeal to individual donors.

What were some of the challenges?

We just launched so it is all quite new for us. That said, I would say that the challenges we might face will be how to raise the money to fund and develop this kind of work when we are such a young organization. I am hopeful that our track record will help immeasurably in this process, and create an opportunity for funders to want to support the work.

What was the most gratifying result?

One of our students, Alina Spatz, made work from our RISD course that was accepted and published as a visual investigation for The Nation. That was a tremendous win for her and for the kind of work we are hoping to support. We have also secured funding for a major investigation with a non-profit journalism organization in Europe that will collaborate with an incredible artist. It is all still in the works and will be announced soon.

I think there’s still a lot of convincing that needs to be done to get people to see collaboration with artists as a legitimate way to work within the world of news. That said, I have seen a tremendous amount of enthusiasm that wasn’t quite there when I started doing it 10 years ago. And so I would say for anyone who’s working in this intersectional field they should keep going, because I really think the opportunities continue to grow as the field widens and evolves.